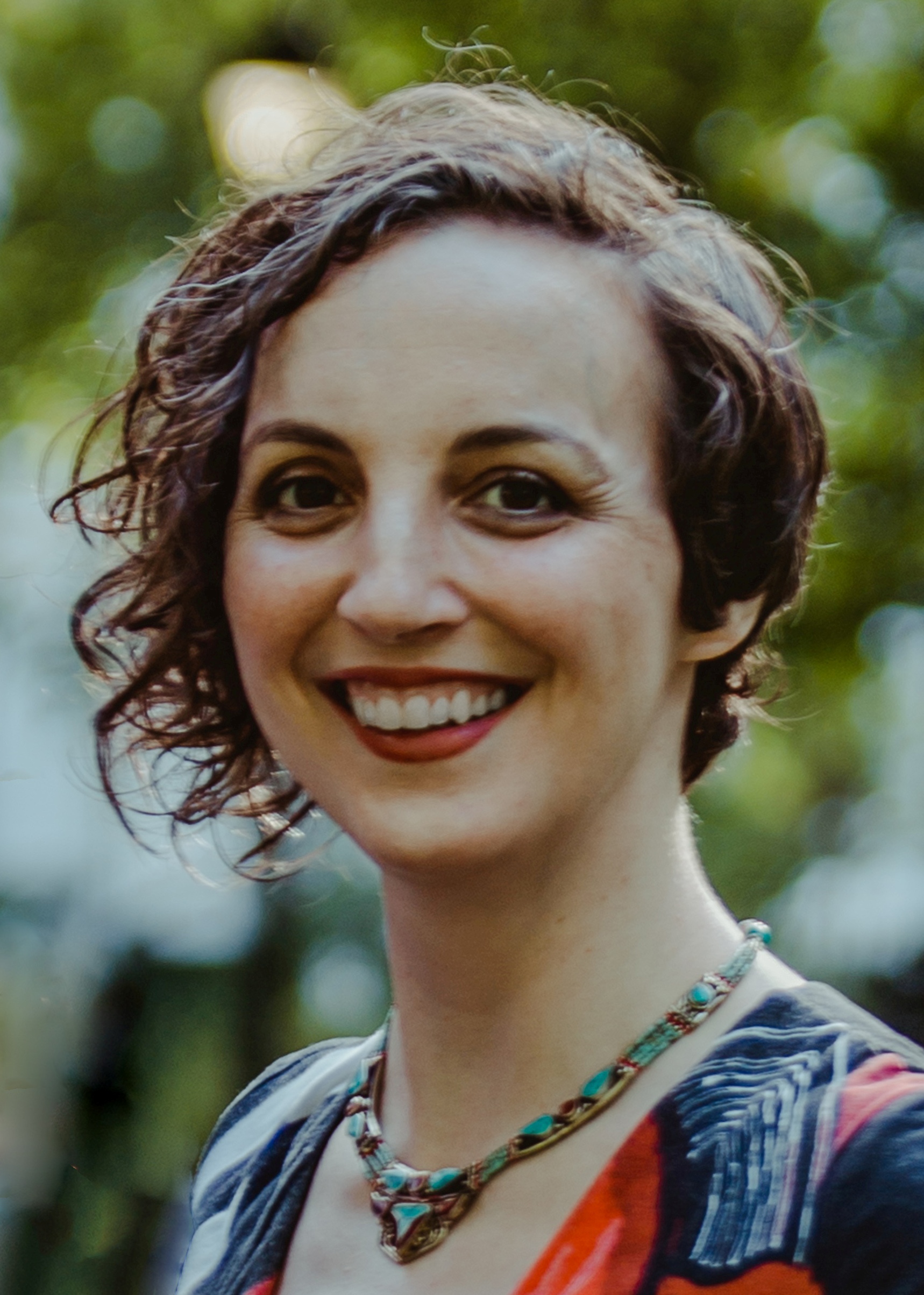 Ainsley Hawthorn, PhD, is a cultural historian, nonfiction author, and speaker originally from Steady Brook and now based in St. John’s. She blogs for Psychology Today, writes for a variety of publications, and edited the non-fiction anthology Land of Many Shores: Perspectives from a Diverse Newfoundland and Labrador. She also co-created Apocalypse Then, a CBC radio series that looked at past pandemics to shed light on the COVID experience. As past Executive Director of the Community Foundation of Newfoundland and Labrador, Ainsley has a background in grant-making and endowment funds. She served as WANL Vice-President and Chair of the Literary Awards Committee for two years before becoming President in 2021. 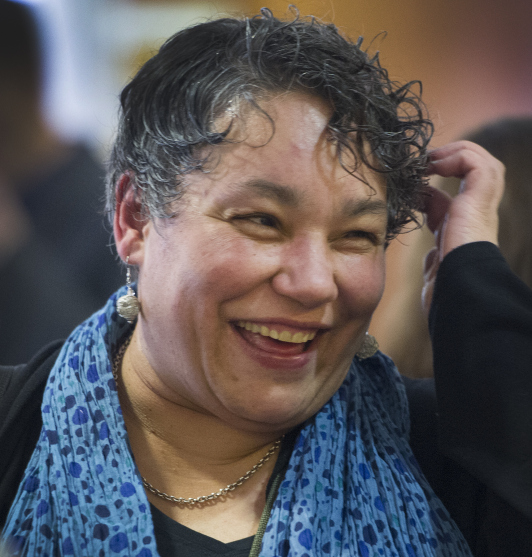 Sonja Boon is an award-winning researcher, writer, teacher, and flutist living in St. John’s. Passionate about stories and storytelling, she is the author of What the Oceans Remember: Searching for Belonging and Home (WLU Press, 2019), a memoir that traverses five continents and spans more than two centuries. Sonja’s creative non-fiction essays appear in anthologies as well as in Geist, The Ethnic Aisle, ROOM, and Riddle Fence, among others.
In addition to her literary work, Sonja has published three scholarly books and numerous articles and book chapters on a range of topics, from eighteenth-century medical life writing to breastfeeding selfies, mixed-race belonging, and craftivism. For six years, Sonja was principal flutist and a frequent soloist with the Portland Baroque Orchestra (Oregon).
In 2020, she was awarded the Ursula Franklin Award in Gender Studies by the Royal Society of Canada.

Erica M. Green, CPA, CMA is a military child hailing (mostly) from Nova Scotia, who moved to Newfoundland in 2006. She has worked as a public practice Accountant but currently works in industry as Accounting Supervisor with the Western Group of Companies – an Automotive, Recreation and Construction group of 10+ companies in both Corner Brook and Grand Falls-Windsor.
In her spare time, Erica can be found performing with community and professional theatre groups including Theatre Newfoundland and Labrador, Hard Ticket Productions and the Off Broadway Players (OBP), for whom she has also been the Treasurer for four years. Erica is also involved in her wife’s dinner theatre company, New Found Family Drama, as performer, server, dish washer and Accountant. She lives in Corner Brook with her wife of six years and their dog, Roger. 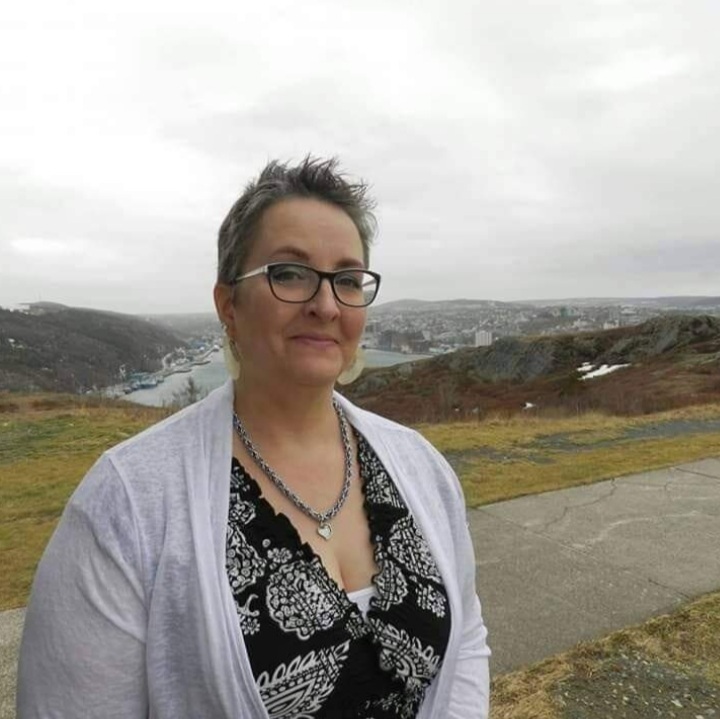 Teresita E. Dziadura is a speculative fiction writer from St. John’s, NL.  She is an insurance broker by day and a writer by night. In a previous life, she studied biology and chemistry at MUN. Her debut novel Corporate Invasion was launched in May 2021 by Engen Books. She also has a number of stories in best-selling anthologies with both Engen Books and the New Zealand publisher Black Hare Press. Additionally, for the last five years, Teresita has helped to produce a quarterly newsletter for her employer, Johnson Insurance. Teresita spent ten years volunteering with Girl Guides of Canada as a leader of the Rennie’s River Sparks Unit and seven years volunteering with Cabot Habitat for Humanity. 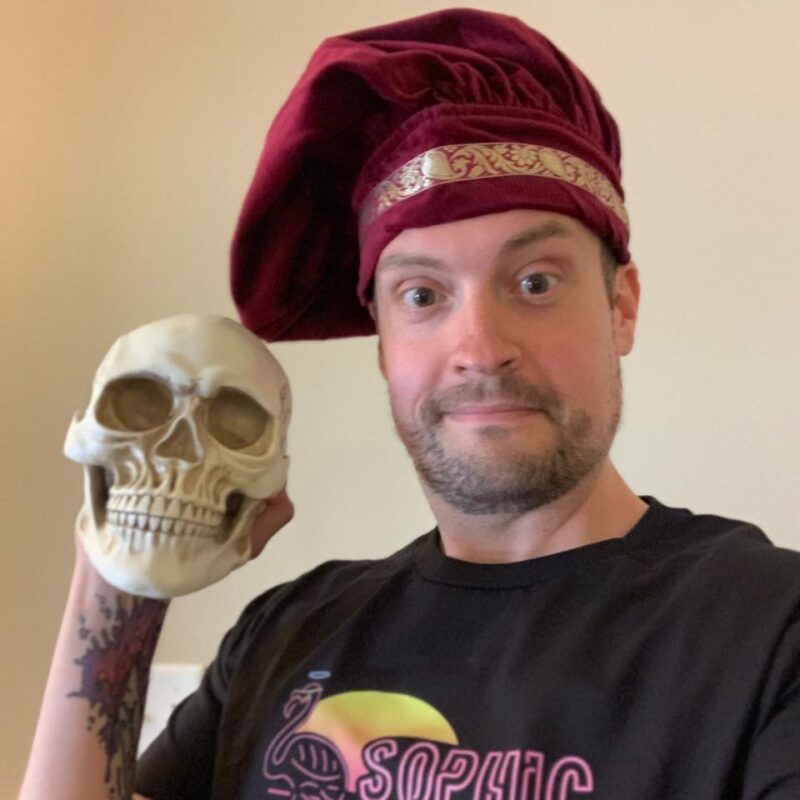 Andrew Marc Rowe is a St. John’s born and bred keyboard jockey, splitting his time between writing raunchy fantasy with cutting-edge *bleep* jokes and drafting briefs to advance his clients’ cases. A personal injury and disability lawyer by day with almost ten years at the bar, he has twenty published books to his name, the majority self-published under his imprint, Sophic Press. He lives and breathes language, which his doctors say is not exactly suitable for health and longevity, but he is a genial rebel. Andrew is trying to do his part to help people wherever he can, whether in a courtroom or with a belly laugh. 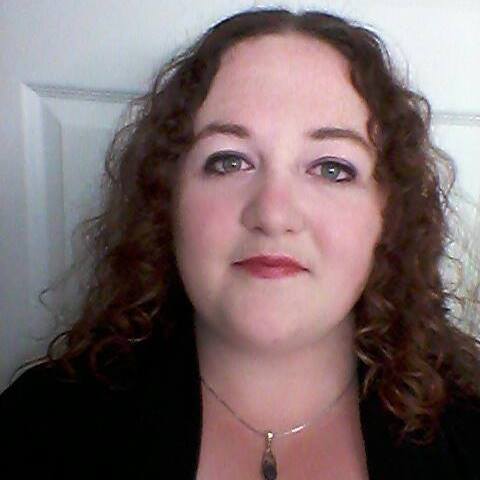 Stacey Oakley has lived on both coasts of Canada, and now calls St. John’s home along with her cat, Sophia. She has a Bachelor of Arts, with a Major in Art History & Visual Studies and a Minor in Social Justice Studies and a Post-Grad Diploma in Cultural Resource Management from the University of Victoria as well as a Diploma in Executive Office Administration from the College of the North Atlantic, during which she completed an internship with WANL.
She has independently published two novels, Hunter’s Soul and The Necromancer, and four short stories, with sequels to both novels in the works. Her literary interests encompass both fiction and non-fiction, though her own work is primarily fantasy. She enjoys taking on new challenges, whether it’s in writing or in life. 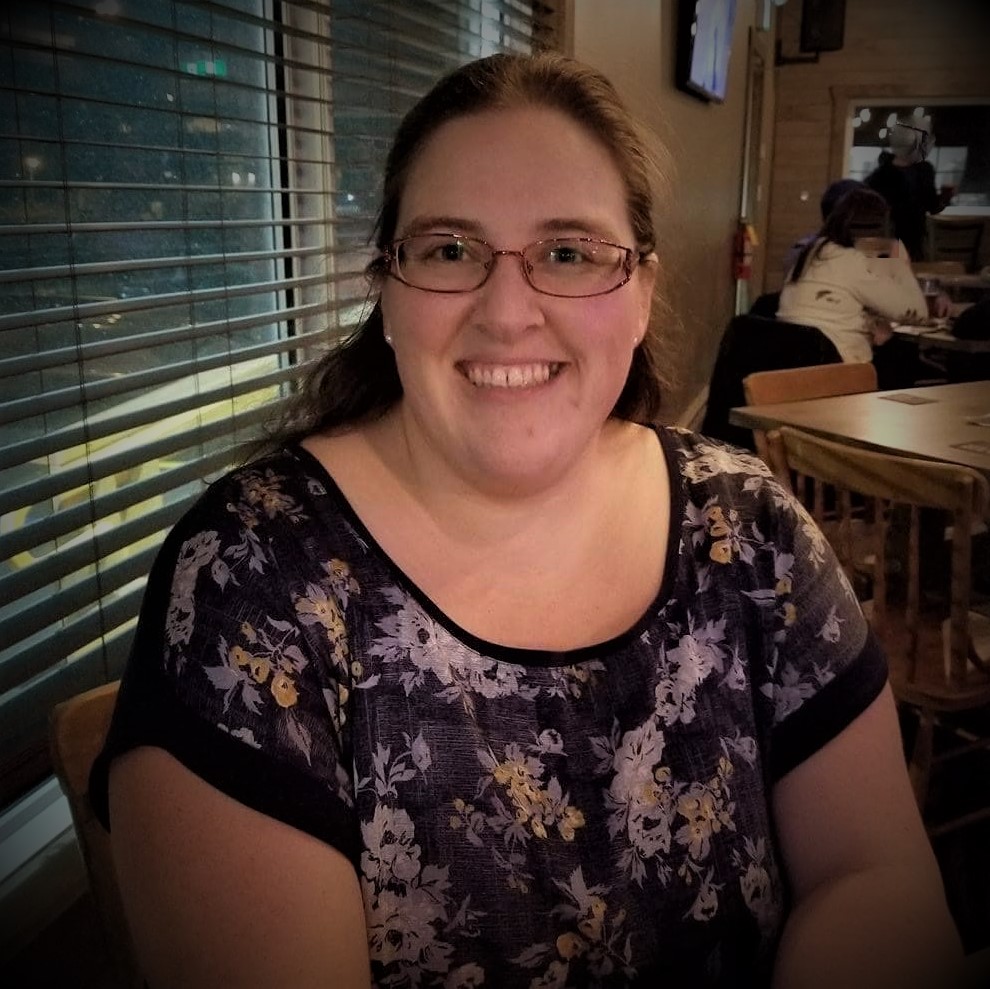 A graduate of Memorial University, Sheri teaches High School English. She lives with her two cats on the beautiful island of Twillingate, NL, a picturesque community of roughly 2500 people off the province’s northeast coast. Her poem The Drive appears in the English 3202 text Vistas used by grade 12 students province-wide. Her poem Sunday Morning, 9 a.m. was nominated for the 2020 Pushcart Prize.
She is currently working on her first novel. 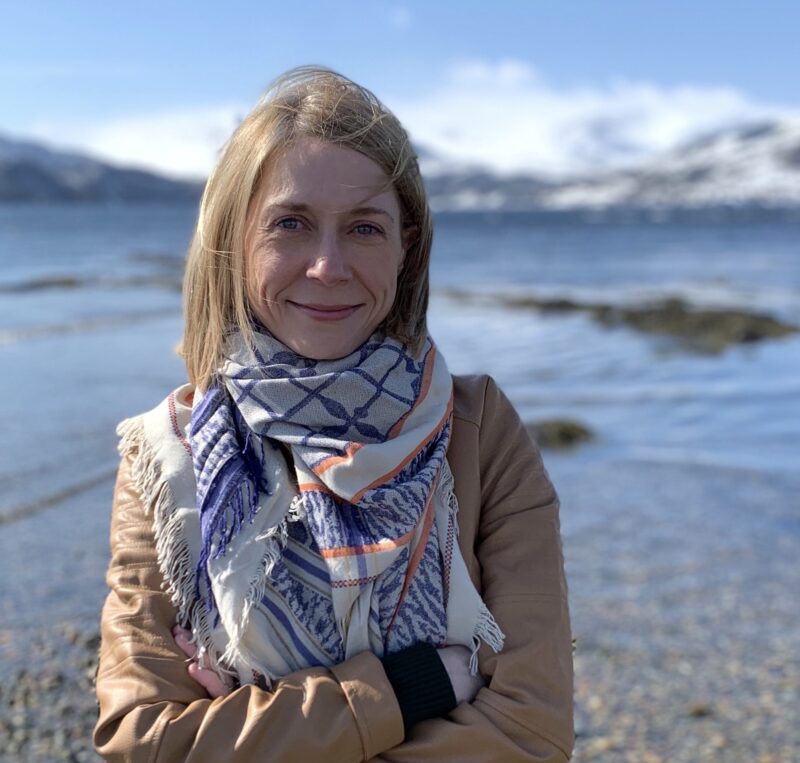 Shelly Kawaja’s first novel, The Raw Light of Morning, was recently released with Breakwater Books in September 2022. Her work has appeared in several literary magazines such as The Humber Literary Review, The Dalhousie Review, PACE, and Word Magazine. She was longlisted for the Bridge Prize, the Writer’s Alliance of Newfoundland and Labrador’s Fresh Fish Award, and won the GritLIT 2020 short fiction contest. Shelly is a creative writing student in the University of British Columbia’s MFA program and a graduate of The Humber School for Writers and Memorial University of Newfoundland. 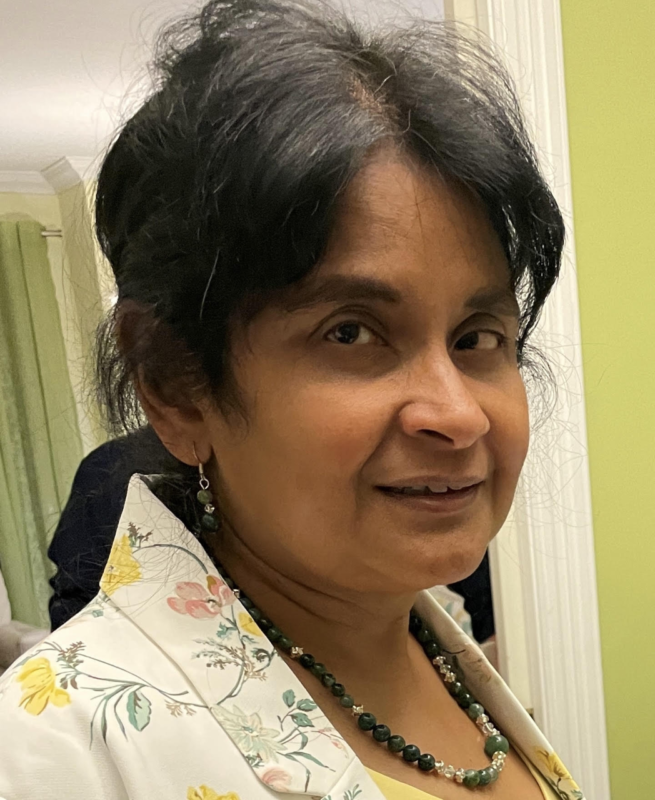 Tara Nanayakkara, Member at Large (i)

Tara Nanayakkara is a Sri Lankan-born author who immigrated to Canada with her family as a small child. Born with severe congenital cataracts, she enjoys cooking, playing the piano and walking and has a keen interest in reading memoirs about people overcoming obstacles and challenges in their lives. She writes stories about everyday people with strong characters and voice, incorporating relatable themes, and considers her fiction upmarket, ideal for book clubs, discussion groups, and readily adaptable to film. Although her protagonists have a connection to her Sri Lankan heritage, the issues and problems they face are uniquely Canadian and those which most readers can identify with. Her existing published portfolio consists of To Wish Upon a Rainbow, Priya’s World, Cardboard Dreams, and Dawning of a New Garden, and two yet to be published works, Patchwork Family and her memoir Sightlines.

Kelly Earle was born and raised in St. John’s, Newfoundland.  She went from being a young entrepreneur to working in the financial industry then a stay-at-home mom, and most recently a published author of the book Rig Wives. When Kelly isn’t playing chauffeur to three busy children, she enjoys date nights with her husband Jamie, hiking, campfires, get-togethers with family and friends and her new-found love for writing. Kelly and her family now reside in Torbay, Newfoundland. 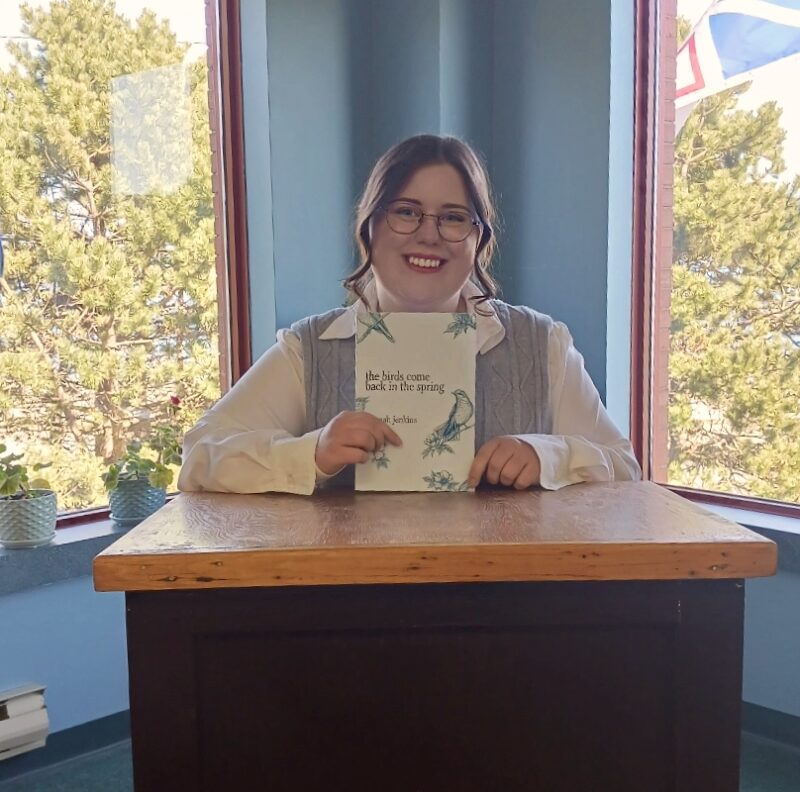 Hannah Jenkins is the poet behind The Birds Come Back in the Spring, and the current Writer in Residence at the Corner Brook Public Library. She holds a BA in English Literature from MUN, and is currently completing the Master of Applied Literary Arts program at Grenfell Campus. Hannah’s past volunteer work includes running the Grenfell Campus Literary Society, sitting on the editorial board of The Paper Mill Press, and being an active member of WANL’s Youth Committee. Hannah has had work featured in various anthologies and journals, and was selected for WANL’s Emerging Writers Mentorship Program in 2020. 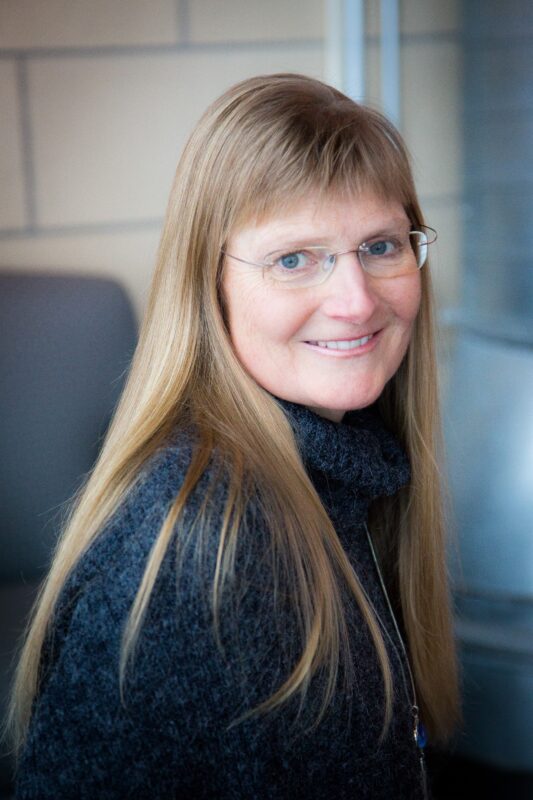 Susan Flanagan has worked as a freelance journalist (BJ, King’s College, NS, 1991) in St. John’s and Halifax for 30 years. Her non-fiction works have appeared in Canadian Geographic, Canadian Running, National Geographic (maps), Newfoundland Quarterly, The Hockey News, Doctors’ Review, Atlantic Progress, Atlantic Business, Saltscapes and Nelson Literacy’s high school textbook, Homegrown.
Susan has two novels hitting the shelves in 2021: In May, Supermarket Baby, winner 2019 Percy Janes First Novel Award (Flanker Press) completed thanks to an ArtsNL project grant, and her first YA novel, The Degrees of Barley Lick (Running the Goat Books & Broadsides).
Susan has also worked as a columnist for The Newfoundland Herald (48 Degrees, 2002-04) and The Telegram (The Kids are Alright, 2011-15), and has worked for CBC Radio and both NTV and CBC TV in Halifax and St. John’s as reporter, producer and researcher. She is married with five children.