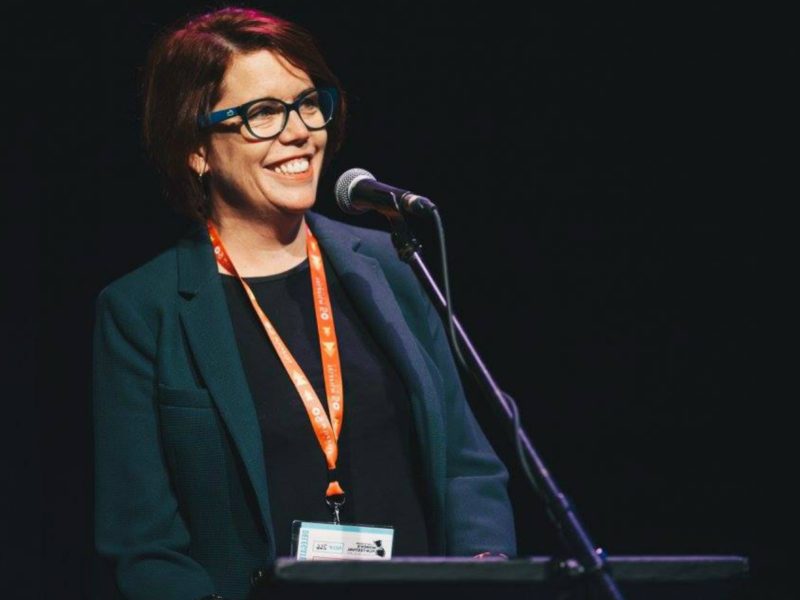 Angela Antle has written and produced radio and television at the Canadian Broadcasting Corporation for three decades.
Currently, the host and producer of CBC’s Atlantic Voice, her radio docs have been recognized by the Gabriel and Gracie Allen Awards.
She wrote and directed the CBC-TV documentary “Gander’s Ripple Effect: How a Small Town’s Kindness Opened on Broadway” and wrote the feature documentary “Atlantic” which won awards at the Dublin, Chagrin, Nickel and Wexford Film Festivals and screened worldwide; including at the Berlin Film Festival.
Antle is the vice-chair of the St. John’s International Women’s Film Festival and a co-host for Writers at Woody Point.
Antle is working on her first novel and was supported in 2018, by a WANL mentorship. Her writing can be found on CBC.ca and in The Newfoundland Quarterly.