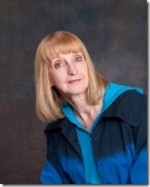 Annie Daylon was born and raised in Newfoundland. She studied music at Mount Allison University and education at both the University of Manitoba and the University of British Columbia (M.Ed.). After thirty years teaching, she delved into her passion for writing.  Annie is a multi-genre author who has written four novels:
Maggie of the Marshes available on Amazon Kindle;
Castles in the Sand, mainstream genre winner of the 2012 Houston Writers Guild novel contest and recipient of the B.R.A.G. Medallion;
Of Sea and Seed, The Kerrigan Chronicles, Book I, winner of the 2017 Indie Brag award for best fiction cover, recipient of the B.R.A.G. Medallion for excellence in indie publishing, semi-finalist in the 2017 Kindle Book Review awards, finalist in the 2017 Whistler Independent Book Award contest; and
At the Heart of the Missing, recipient of the B.R.A.G. Medallion award.
Annie has also released a children’s picture book: The Many-Colored Invisible Hats of Brenda-Louise and has written forty short stories, many of which are published in literary journals in Canada and the United States.
Newly released from Annie Daylon is The Kerrigan Chronicles, Book II, titled OF SEA AND SAND. Annie is currently working on the final book of The Kerrigan Chronicles trilogy.

You can learn more about Annie by visiting her website www.anniedaylon.com or her Amazon author page https://www.amazon.com/Annie-Daylon/e/B00BPZ4VAY.