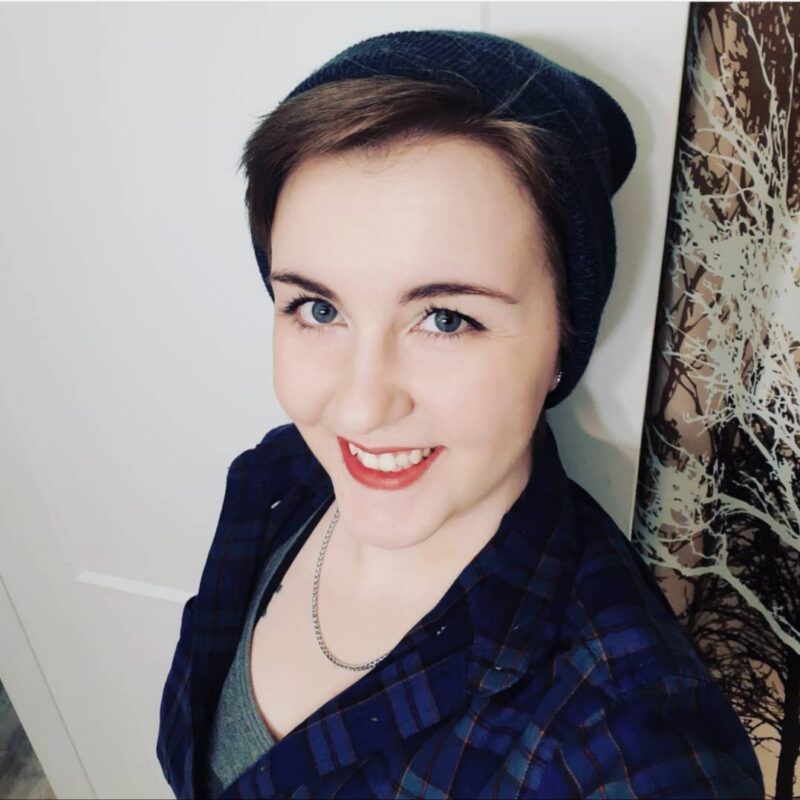 Ash Greening (she/they) was born and raised in eastern Newfoundland. She wrote her first story at age twelve and hasn’t stopped writing since. During her high school years, she primarily wrote poetry and fanfiction.

While attending the University of Prince Edward Island (where she received her B.Sc. Hons. and B.Ed.), her interests shifted towards short fiction. She began writing short stories and flash fiction after being inspired by Charlotte Perkins Gilman’s The Yellow Wallpaper and Alistair MacLeod’s Island.

Ash lives in a remote community in northern British Columbia with her gaggle of pets (four cats, two aquariums, and one extra-large dog). She is an adult education teacher and volunteers with Luvs Northern Animal Rescue. Currently, she is working on her first full-length novel, as well as some short fiction projects. She writes primarily high/dark fantasy and supernatural horror, usually with LGBT+ characters and themes.