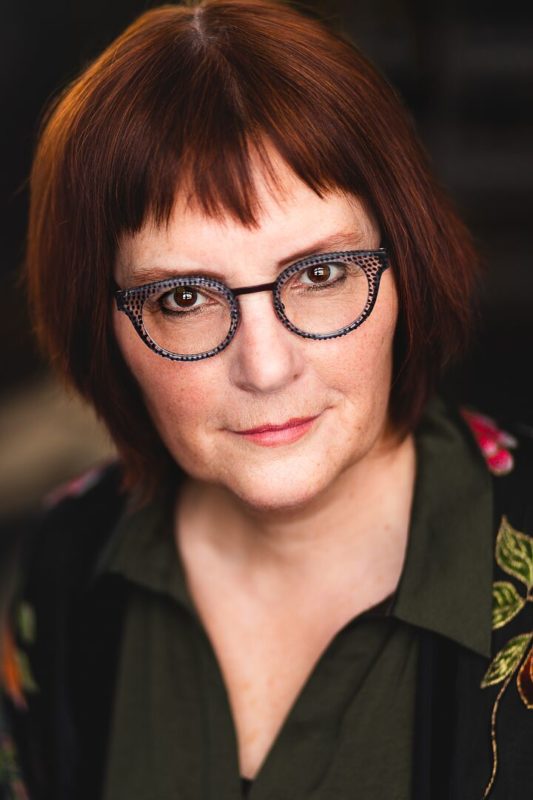 Charis Cotter is an award-winning children’s author who grew up beside a cemetery and has been living with ghosts ever since. She studied English in university and went to drama school in London, England. Now she lives at the end of a road by the ocean in Newfoundland, where the landscape and a plentiful supply of ghosts inspire her work.

Her first book, Toronto Between the Wars: Life in the City 1919–1939, won the 2005 Toronto Heritage Award. Since then, Charis has written books about kings, queens, child prodigies, famous authors and ghosts. Her spooky, suspenseful novels—The Swallow: A Ghost Story, The Painting and The Ghost Road—have won awards and enthusiastic reviews. Her picture book, The Ferryland Visitor: A mysterious tale, is based on a true ghost story experienced by Newfoundland artist Gerry Squires and his family when they lived at an abandoned lighthouse in the 1970s.

Charis has worked in schools and libraries across Canada, using drama and storytelling to bring her books to life. She has taken her performances of Newfoundland ghost stories from Pouch Cove to Bonavista, and from Florida to Vancouver Island. Over the years, Charis has been encouraging Newfoundland children to collect traditional ghost stories from their communities. She has published two books of these ghost stories, written and illustrated by the students.

Her most recent books are Screech! Ghost Stories from Old Newfoundland and Footsteps in Bay de Verde: A Mysterious Tale. Her fourth novel, The Dollhouse: A Ghost Story, will be published in September 2021 by Tundra Books (Penguin Random House).