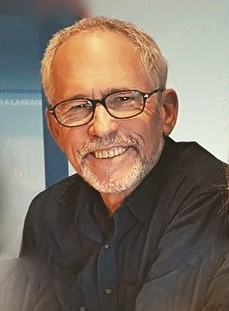 DAN RUBIN is an author, poet and journalist with a forty year history of publication and awards for his writing. He is the author and editor of four books: the biography Salt on the Wind: the Sailing Life of Allen and Sharie Farrell (published in 1996 by Horsdal and Schubart), Tanglecove: 30 New Canadian Fiddle Tunes by Dave Panting and Dan Rubin (which he designed and edited for First Person Press, 2013), the local history Pouch Cove: Our Home by the Sea (for which he was lead author and editor, and which received the Manning Heritage Award, 2015) and the futuristic adventure novel A Fire on the Sea (First Person Press, 2015).

Dan has edited, designed and published more than a dozen publications and books, including Sylvia Ashton Warner’s song and story collection O Children of the World, he founded and edited The British Columbia Access Catalogue, which was number one on the Vancouver Province’s non-fiction best seller list for many weeks, editor of Potentialities, the journal of the Faculty of Education, Simon Fraser University, editor of The Dill Pickle Rag – A journal of music and celebration, edited, designed and published Tanglecove: 30 New Canadian Fiddle Tunes, editor and designer of Pouch Cove, Our Home by the Sea and he recently edited a lengthy speculative novel about the Beothuk for a local author. He has worked for years with native elders on the West Coast of Canada on programs that have helped sustain native languages and has designed touring museum exhibits and coordinated international conferences and musical performances at two World’s Fairs.

He continues to develop new works, ranging from speculative fiction novels to non-fiction books, articles, scripts and a graphic novel. His writing has been praised as interesting, well-written, innovative and compelling and his work has been anthologized and broadcast nationally on CBC radio.

Dan is also an accomplished composer and performer with fourteen albums of original music released to date. He works in St. John’s as an arts manager, as owner and operator of Second Stage Creative Arts, providing support, career development, revenue management planning and promotion to authors, visual artists, musicians and actors. For background on his writing and music, you can visit his website, www.danrubin.ca and for his arts management work, www.secondstage.ca.