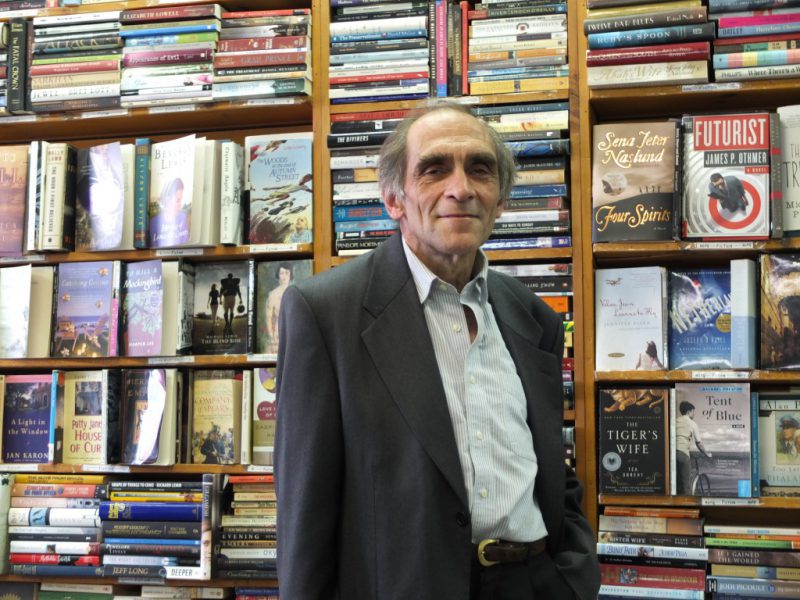 David L. Benson was born in St. John’s, completed high school in the city and was educated at sea. His essays and poetry have appeared in a wide variety of periodicals in Newfoundland, Canada, the United States and Britain as well as in several anthologies. It has been broadcast on CBC Radio and recorded on lp, cassette and cd. In the mid-1990s, he won two Peoples’ Poetry Awards in Canada and in 1997, the Traditional Ballad Competition sponsored by TickleAce, Newfoundland’s leading literary journal. In 1999, he was commissioned by TickleAce, to write its commemorative essay on the 50th Anniversary of Confederation. David’s collection of poetry; And We Were Sailors, was published in 2002 and went into a second printing. He is a founding member of the Writers’ Alliance of Newfoundland and Labrador and since 2005 has operated Afterwords, a used bookstore in downtown St. John’s. David currently lives in Tors Cove, south of St. John’s with his wife, the artist Catherine McCausland. They have two children.