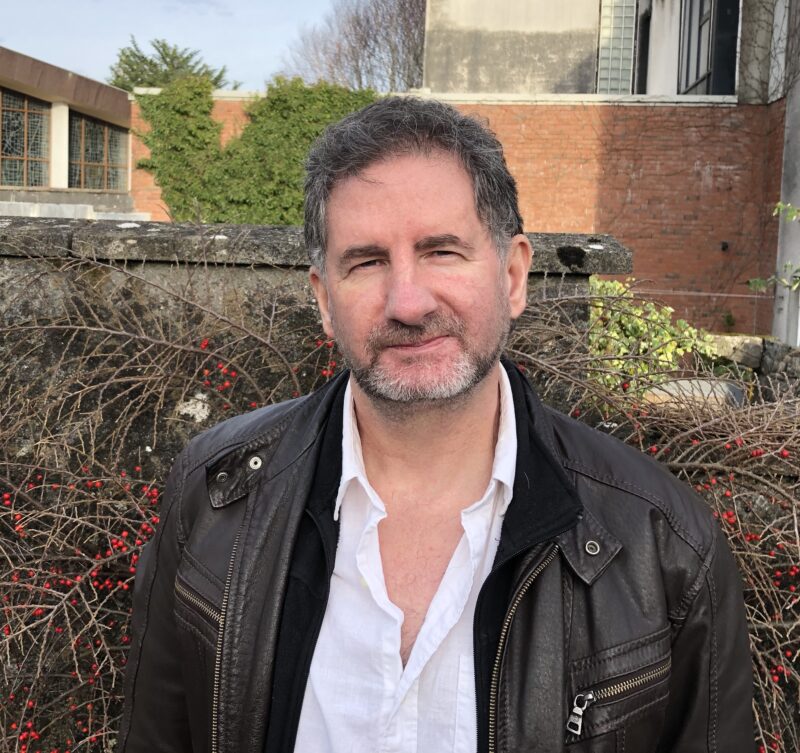 Gerard Collins, who has his PhD in American Gothic Literature, is a Newfoundland writer now living in New Brunswick, whose first novel, Finton Moon, was nominated for the International IMPAC Dublin Literary Award, Sunburst Award for Excellence in Canadian Literature of the Fantastic, the Newfoundland and Labrador Heritage and History Award, and won the Percy Janes First Novel Award. In 2019, he turned the Finton Moon  experience into a multi-media art exhibition, “The Book that Wrote Itself”. His short story collection, Moonlight Sketches, won the Newfoundland and Labrador  Book Award, and his second novel, The Hush Sisters, won an international Next Generation Indie Book Award in the suspense category and also was a finalist in the paranormal category.

Gerard has won numerous arts and letters awards for fiction, published in journals and anthologies, garnered positive reviews and arts grants, had his short stories taught in multiple university courses, and his first novel has been placed in high school learning resource centres across Newfoundland and Labrador.

A lecturer at Memorial University for two decades and an occasional lecturer at University of New Brunswick, Gerard has a Ph.D. in American (Gothic) literature. He is an experienced leader of writing retreats and workshops in Canada, the United States, and Europe. Gerard has been a featured workshop leader with the Writers’ Federation of New Brunswick,  Writers’ Alliance of Newfoundland and Labrador, the prestigious Piper’s Frith in Newfoundland, and Lily Daly Assembly in New York. He has delivered multiple workshops to high school students, and in 2017, Gerard was invited to deliver a lecture to Masters in Creative Writing students at Newcastle University, UK, as well as a public reading at the Newcastle Centre for the Literary Arts. Most recently, Gerard was invited to teach a Masterclass in creative writing by the Northrup Frye Festival.

Gerard regularly serves on juries of writing and granting competitions while mentoring writers who show great promise, and all three of his books have been placed in libraries around the world.