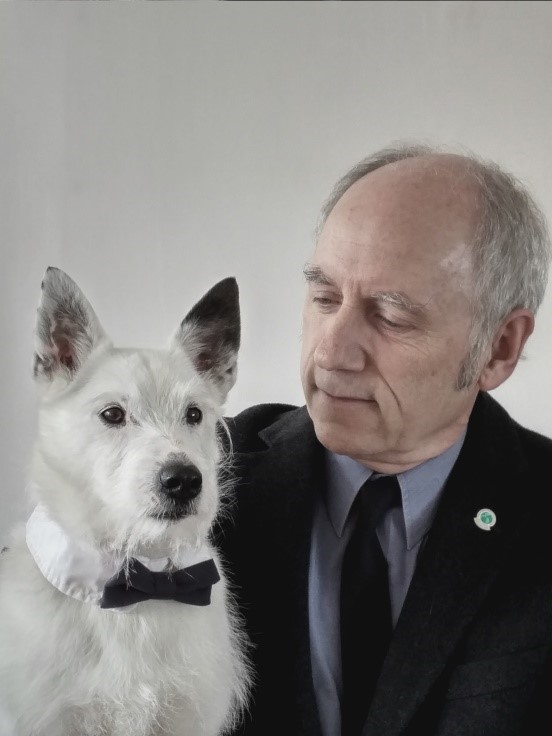 Hugh worked for 30 years as the province’s chief veterinary officer during which time he also obtained an MA (History) from Memorial University.

His non-scientific publications to date have included a review of the death of Charles Lennox, 4th Duke of Richmond, Governor-in-Chief of British North America from 1818-1819 (What Evil Felled the Duke? Ontario History, Spring 2013, with a followup in 2017) as well as four children’s books for the Innu school system of Labrador (Uapikun Learns About Rabies, Uapikun Has A Question, Uapikun and the Penguin, and Uapikun and the Tshiashinnuat). The first is about the risks of rabies in Labrador, the second is about being safe around dogs, the third is about being tolerant towards those who are different, and the fourth is about the archaeological dig sites in Sheshatshiu and the story they tell (Tshiashinnuat translates as “ancestors”).

The rabies book has been published to date in 15 different versions including:

For Labrador: the two Labrador Innu-aimun dialects, English and French; and an adaptation for Nunatsiavut in Inuttitut;

For the NWT:  Inuvialuktun, English and French;

For Nunavik: Inuktitut, English and French.

Further adaptations are being discussed.

The dog safety book has been published in the two Labrador Innu-aimun dialects, English and French as well as being adapted and translated for use by Quebec Innu (Institut Tshakapesh). It has also been made into a voice-over still image video in Sheshatshiu-aimun and Mushuau-aimun. The Sheshatshiu-aimun version is available for viewing at https://youtu.be/UijQT9e1iXo

The penguin book has been published in the two Labrador Innu-aimun dialects and English and has been adapted for use by Quebec Innu (Institut Tshakapesh).

The book on the archaeological dig sites will be in the two dialects of Innu-aimun as well as English. Still image videos will be available in the two Innu-aimun dialects.

In 2019, he was co-author to the popular Stouts, Millers and Forky-Tails (Field Guide to the Insects of Newfoundland and Labrador).