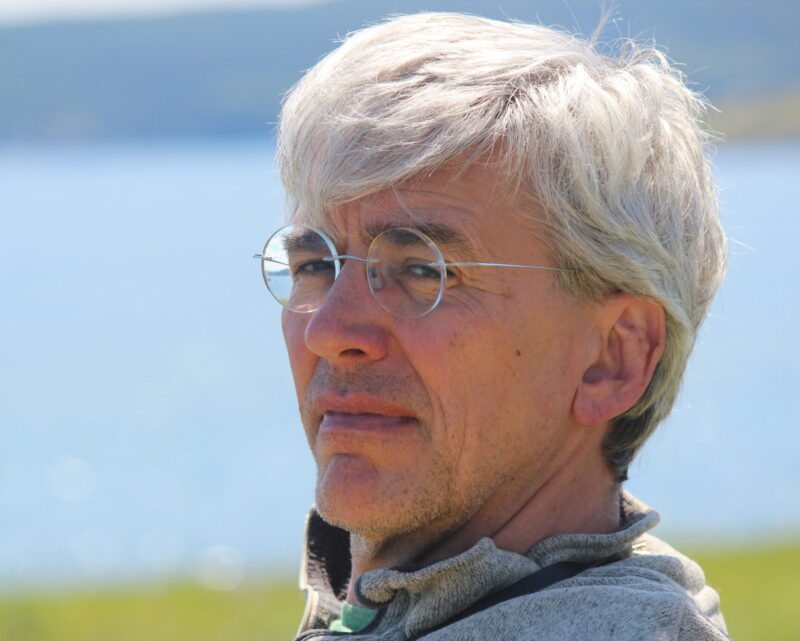 James (Jim) Case was born and raised on Springdale Street in St. John’s, Newfoundland. He possesses a Bachelor of Environmental Design Studies (1979) from Nova Scotia Technical College and Bachelor of Architecture (1981) from the Technical University of Nova Scotia. After working professionally throughout Atlantic Canada and for extended periods in Quebec, Australia, Korea and Norway, he formed Sheppard Case Architects in 2000 and LAT49 Architecture Inc. in 2014.

Jim’s projects have been featured in Canadian Architect and Domus, with notable recent works that include Fortis Place and the internationally acclaimed Fogo Island Inn. But according to Jim, his best work cannot be viewed by the public, as it is stationed 250 miles east of St. John’s in the Atlantic Ocean – oil production platforms that include Hibernia (featured in Atlantic Modern: The Architecture of the Atlantic Provinces, 1950-2000), Terra Nova, White Rose and Hebron. Each of these megaliths is a planned city in miniature, with heliports, accommodations, kitchens and dining, medical facilities, fitness spas and recreational venues.

Jim is a past president of the Newfoundland and Labrador Association of Architects and past chair of the Architectural Licensing Board. He has been a member of the Royal Architectural Institute of Canada since 1995 and was inaugurated into the RAIC College of Fellows in 2016.

In 2019 Jim was granted Honorary Life Membership in the Newfoundland & Labrador Association of Architects.

Jim has now changed his life course and is a published author of historical fiction. Information about his writing sojourn and his debut novel can be found at: https://www.jamescaseauthor.com/