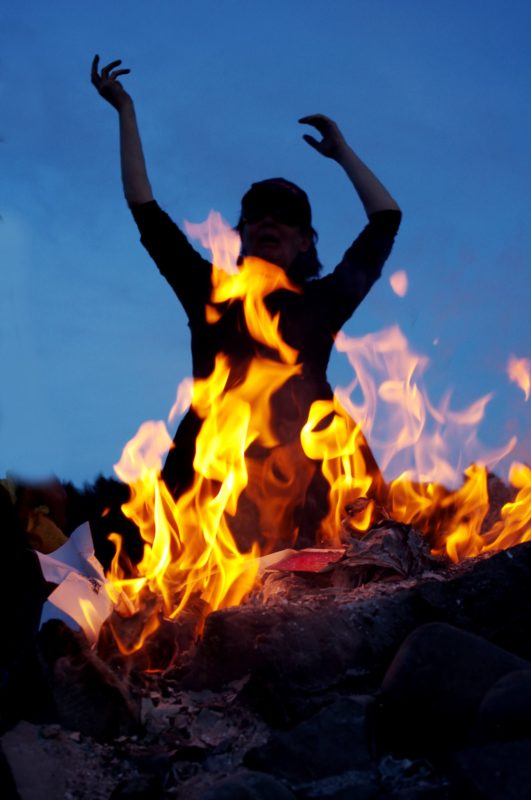 JE Solo is an award winning writer, multi-disciplinary performance artist, and composer interested in creating universes, building worlds and merging the real with the virtual. Solo’s work explores humanity’s tenuous connection to nature and juxtaposes the evolution of modern technology against the fragility of living things.

JE’s most recent accolades include: an ECMA in 2017 for her work in music; Media Arts Prize and Dramatic Script Prize, from the NL Arts and Letters 2011, 2013; Linda Joy Award, from the Atlantic Film Festival for the script “the machine”, 2013. JE Solo’s fiction, articles and essays have been published in Room Magazine, Write On Journal, the Newfoundland Quarterly, Canadian Theatre Review, Switch Magazine, among others. Her first novel, Phreak, (short-listed for WANL’s 2017 Fresh Fish Award) is coming this year from Toronto publisher House of Zolo.