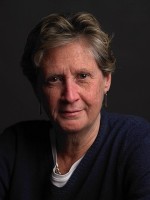 Marjorie Doyle has published four books of non-fiction. The newest is A Doyle Reader: Writings from Home and Away. She’s won Silver in the National Magazine Awards, and is a four time winner of Newfoundland and Labrador (NL) Arts and Letters Awards. She’s been a reader for the CBC Literary Competition and a juror for the Canada Council. She has read across Canada and in 2009 was Haig-Brown Writer-In-Residence on Vancouver Island.

Doyle has been a columnist with the Globe and Mail. Publication credits include Descant, Geist, Queen’s Quarterly, The Fiddlehead, Antigonish Review, Ottawa Citizen, Calgary Herald, This Magazine, National Post, and The Independent.

As a broadcaster she hosted the national CBC Radio program That Time of the Night. She was also regularly heard on The Arts Tonight, Gabereau and Morningside, and contributed to (national) Commentary. She won two CBC Radio Awards for Programming Excellence. The film she co-wrote/produced with John W. Doyle, Regarding Our Father, was nominated for a Golden Sheaf Award.

Marjorie’s earlier titles are: Reels, Rock and Rosaries: Confessions of a Newfoundland Musician, A view of Her Own, and Newfoundlander in Exile: The Life and Times of Philip Tocque 1814-1899.

Doyle holds an M.A. from Memorial University in St. John’s, where she has taught creative non-fiction. She’s lived in Wisconsin, Illinois, Toronto, Calgary, Switzerland and Spain. She makes her home now in her native St. John’s.