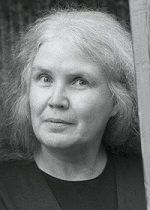 Mary Dalton is the author of five books of poetry, among them Merrybegot, Red Ledger, and Hooking: A Book of Centos, released in 2013 by Vehicule Press. Her work has been anthologized in Canada, the U.S., Ireland, England, and Belgium.

A collection of Dalton’s prose writings, Edge: Essays, Reviews, Interviews, was released by Palimpsest Press in the fall of 2015. Running the Goat Press published a letterpress chapbook, Waste Ground, with illustrations by Massachusetts wood engraver Abigail Rorer, in 2017. The Vernacular Strain in Newfoundland Poetry, the text of her 2020 Pratt Lecture sponsored by Memorial University, was released in book form by Breakwater in April 2022.

Dalton lives in St. John’s, where she is Emerita Professor of English at Memorial University of Newfoundland and Poet Laureate of the City of St. John’s.  In 2010 she founded The SPARKS Literary Festival, which she also directed until 2016.