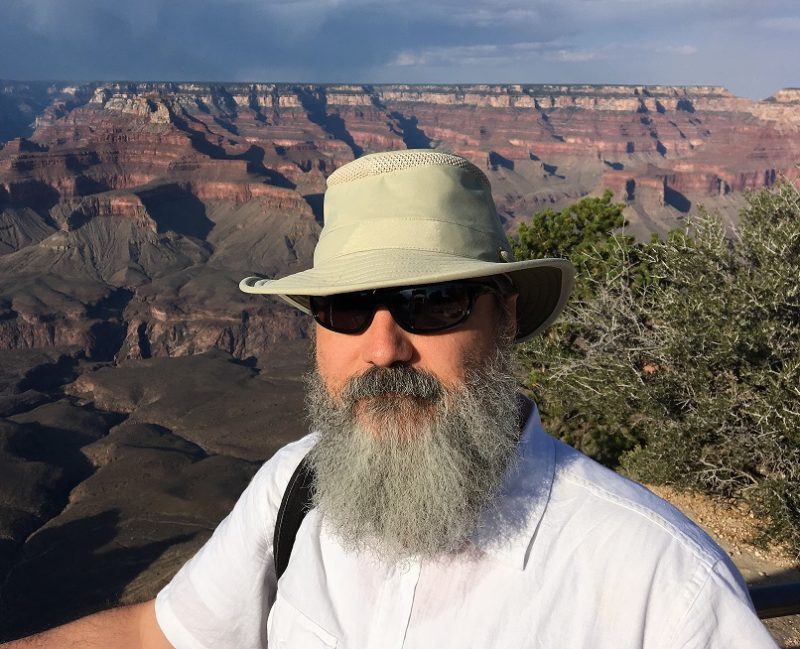 With a music degree and a yippee ki-yay, Rob McDonald launched his ejector seat in 2017, setting fire to twenty-five years as a software developer in his native Philadelphia region to touch down on the pastel, swayback slopes of St. John’s, Newfoundland. There he pursues his lifelong creative interests: writing, composing, and tabletop game development. A rather particular sort of nerd, Rob prefers his fiction speculative, his sci-fi hard, his fantasy dark, his music orchestral, his D&D classic, his shores rocky, and his coffee triple-triple. (Thoughts on film, dogs, beer, and H+ available on request.) He stalks the night for librettists, collaborators, and like-minded gamers, but in a good way, he assures you.

Rob’s flash fiction has been published in the Newfoundland Quarterly and in Kit Sora: The Artobiography from Engen Books. He continues to develop his short story craft while wrestling his first novel, a semi-superhero tale set in a slightly imaginary St. John’s.