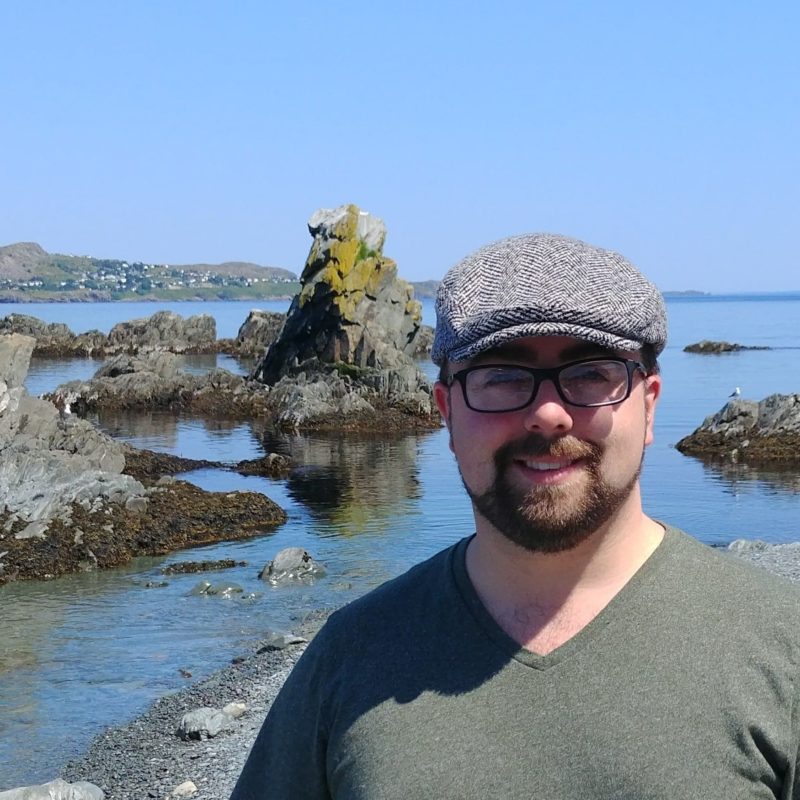 Robert’s literary interests include fantasy and adaptations of fantasy, comic books and graphic novels, historical fiction, and contemporary drama, both as literary texts and performing arts.

Robert is a Memorial University alumnus. He graduated with a Bachelor of Arts with a double major in English and History and a minor in Russian. He also completed a Bachelor of Education specializing in English, Social Studies, and Technology Education.

Robert completed his Master of Arts in English with a focus on creative writing. Throughout his MA, Robert worked on short stories, podcasts, creative essays, a stage play, a novella, and a fantasy novel. His final project, supervised by Lisa Moore, was a historical-fiction radio play called The Year I Was a Dog. The play is based on his great-grandfather’s life and experience with the seal fishery in the late 1920s. And the cast is comprised of his closest family and friends. You can listen to The Year I Was a Dog by clicking on this link.

In the winter of 2020, Robert completed WANL’s Mentorship Program for Emerging Writers as an apprentice. With Paul Butler as his mentor, Robert worked on his novella, Mixed Emotions.

Robert is a Marvel Comics enthusiast who enjoys film, television, painting, drawing, the occasional outdoor activity, and the Oxford comma.