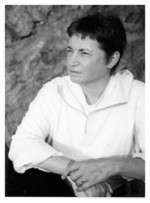 Robin McGrath was born in Newfoundland in 1949, one of the famous “castor oil babies” of the anti-confederate movement. She took her PhD at the University of Western Ontario, and was an Associate Professor at the University of Alberta where she specialized in Canadian, Aboriginal, and Children’s Literature.

The author or editor of 22 book, 30 book chapters and several hundred articles, newspaper columns, and reviews, Robin’s work has appeared in countries such as Finland, Denmark, Sweden, the United States, Ireland, Inner Mongolia, and Australia as well as Canada. She has won numerous literary awards including the Henry Fuerstenberg Poetry Prize, the Geldert Medal, and most recently the Helen and Stan Vine Award for Canadian Jewish Fiction.

Robin is currently the non-fiction reviewer for The Telegram, a Social Commentary columnist for The Northeast Avalon Times, and a feature writer for Labrador Life. She is currently writing a film script for a documentary on the Labrador Legion of Frontiersmen who volunteered for the First World War, which will be her third short film. Robin lives in Goose Bay, Labrador.