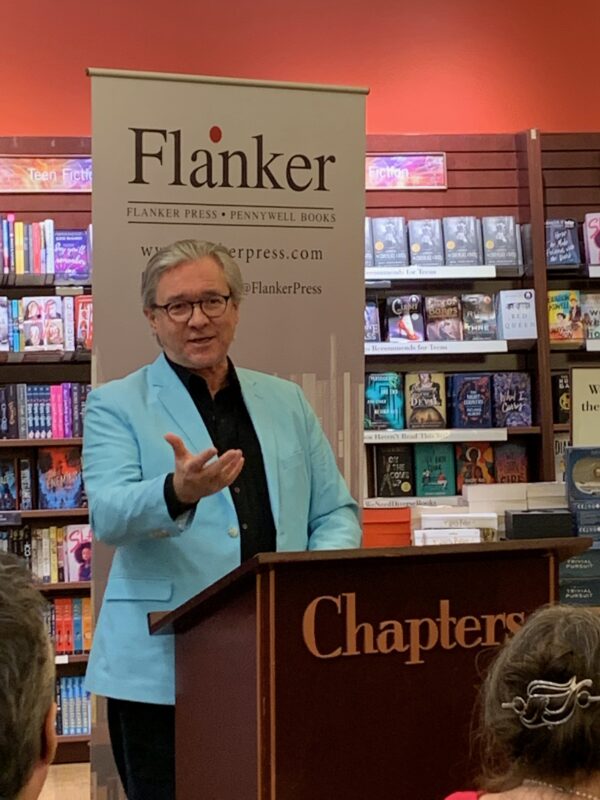 Tom Moore is a writer in St. John’s, Newfoundland. His first novel, Good-Bye Momma was a national best seller, and won a “Children’s Choice” award from the Children’s Book Centre. It was translated into Danish by Monksgaard publishers of Copenhagen in 1982 and Romanian by Cite Libra publishers in 1979. The CBC produced a radio play version, and The Canadian Book of Lists named it one of Canada’s best children’s books.

In 1994 Angels Crying was a national best seller used in schools of social work, including Memorial University, Dalhousie University, College of the North Atlantic, and the University of Maine at Presque Isle. It was translated into Chinese by New Sprouts publishers of Taipei in 2002.

In 2000 Ghost World won the inaugural Percy Janes award for best novel manuscript. The Summer My Mother Died, a short story, was a winning entry in Canadian Storyteller  in summer, 2004. The Black Heart, a collection of poetry, Harry Cuff Publishers, and Wilfred Grenfell, a children’s biography, Fitzhenry & Whiteside.

His poems Ancestors, Songs, and Caplin Scull were broadcast on CBC radio by Lyn Channing, Music Department University of Calgary, as was his poem Songs by Peter Mannion with the Galway University Choir in Ireland. Ancestors was read in 1997 for Her Majesty Queen Elizabeth II at NL’s 500th anniversary celebrations in Bonavista.

His novel The Sign on My Father’s House won the NL Reads 2020 competition, the Margaret Dooley Fiction award, and the NL Public Libraries called it “the must-read book for 2020.”

His short story, Pegasus, won the Arts and Letters competition, and was published in the Newfoundland Quarterly, Summer 2020. His reading from The Sign on My Father’s House was featured on CBC Radio’s Canada Presents on Saturday 5/16/2020, and  Stingray Productions awarded the book a $2000 promotion grant. Our Canada magazine published An Ode to Autumn in their Autumn 2021 issue. Also in 2021, the Writers’ Alliance of NL awarded Moore a Life Membership for contribution to NL Literature. The Antigonish Review detailed his contribution in their May 2021 issue.

His new novel My Father’s Son was published in 2021, and he is currently working on a collection of stories entitled The Animals and a stage play, The Mansion.